When I was a kid, my first exposure to the “martial arts” was probably The Karate Kid, a 1984 film about some square named Daniel Russo who moves to a new town and quickly runs afoul of local karate toughs.

The first Drunken Master movie, from 1978, was the film that launched Jackie Chan’s career, and all things equal is probably better than this 1994 remake. It’s the same basic principle, though—a guy drinks enough booze to kill an entire fraternity and somehow becomes the greatest fighter in the land. (And this later version is available on Netflix streaming.) At one point, Jackie Chan’s father explains how you have to drink just the right amount to be an effective drunken boxer, otherwise, you just become a drunken fool. This resonates with me because it’s pretty much the same thing as when you’re shooting pool or bowling: a few beers improve your game, but once you go over that line, it all falls apart and you get your ass kicked. 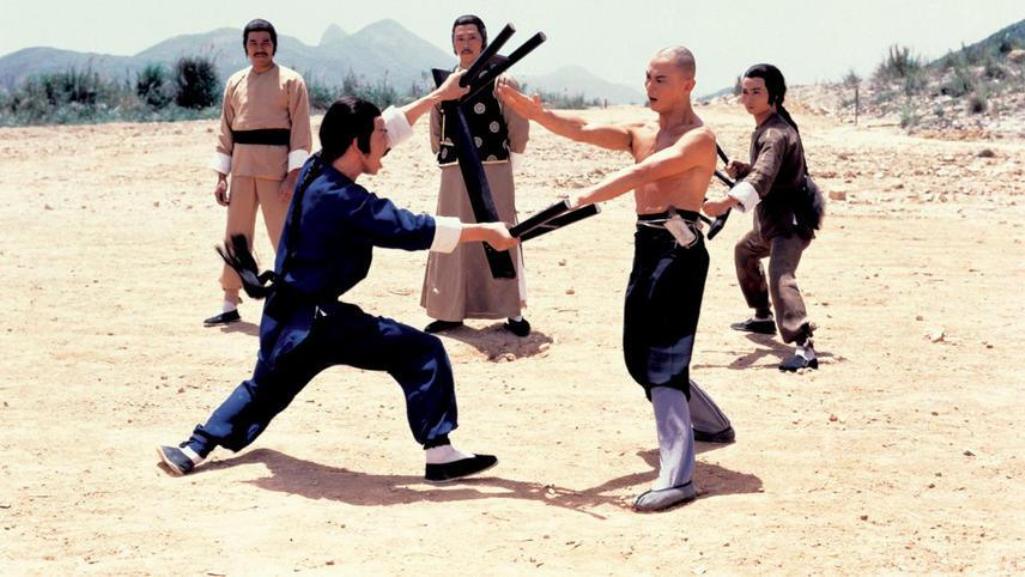 These are the same 36 chambers made famous by the Wu-Tang Clan, and they are everything you’d hope they’d be. When San Te’s friends and family are killed by government thugs, he seeks refuge in a Shaolin temple. The monks there don’t usually take kindly to outsiders, but San Te is eventually allowed to train and proves to be a sponge—the Lawnmower Man of Shaolin Kung Fu. It’s the dream of all of us who have wanted to be karate masters, but don’t want to put in the decades of rigorous training.